On Tuesday the 16th, our operator was monitoring when she could hear faint voices, crashing and breaking glass at a school in Everett. She then dispatched police and alerted the emergency contacts. Two juvenile boys and one juvenile girl were taken into custody for burglary. They hadn’t gained entry yet but had broken a window and damaged some siding on the restroom portables.

Customer service followed up to say that the district confirmed the three juvenile’s were taken into custody. They were throwing rocks at the window. A woman from the district wasn’t sure what they used to damage the siding except they were pulling and kicking from what they said. 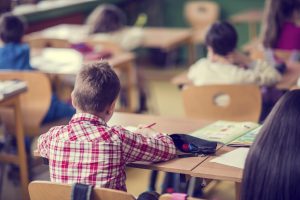