The verification specialist was monitoring early Saturday morning when she received alarm signals from a car dealership in Seattle and could hear someone onsite with a vehicle running. The specialist then dispatched Puget Sound Security. She continued to hear delay beeps and someone walking around inside then alerted the emergency contacts. Puget Sound Security called back to report that the guard chased down the burglars and that police were on the scene with at least one in custody.

Then yesterday afternoon the operator received a glass break alarm from the southeast hallway of a school in Tacoma. She could hear banging sounds and dispatched the school patrol. Patrol checked but found no broken windows or signs of forced entry. Patrol thought because it was an old building that the audio was tiles falling. However, the operator continued to receive motion signals from the main hall and northwest hall. She called patrol back and they found a male on site going through and opening lockers. Patrol and police searched the building but found no one else. Per patrol, one was arrested for burglary. They found one broken window. 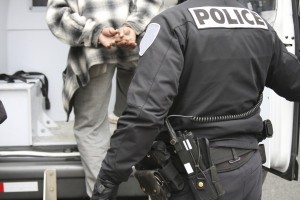