In the middle of the afternoon on the 18th, our operator received audio from a manufacturing company in Everett. She could hear clanging noises. She received more activations from reception as all. Our operator alerted the emergency contact who said he would come by to check it out. He called back to way one male was arrested on site! The trespasser made entrance through a window on the overhead garage door.

It was about 5am on the 20th when our sound analyst received activations from a shop in Bellingham. She could hear smashing noises, breaking glass with lots of movement and at least one voice. The analyst then dispatched police. Customer service followed up and confirmed – two intruders broke the glass to gain entry, spent only about 50 to 55 seconds inside the store and stole a few packets of product. The two suspects were later apprehended a short distance away! This was confirmed by local police.

Then yesterday afternoon our operator was in the Verification Center when she received an emergency alarm on the drop off hold up at a pharmacy. She then dispatched police. Another one of our operators also contacted the pharmacy’s security. She found out that there was a person wanted by police that was picking up a prescription. Security was not around at the time the person arrived so staff pulled the hold up to notify police of the person on site. Police apprehended the person! 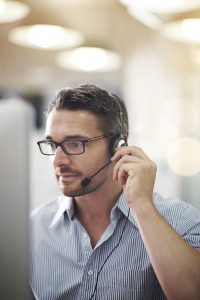 Our Verification Center Has Been Busy Over the Last Several Days!