Minta, an operator in our Verification Center, received an alarm from the outside of a government building in Kent, WA on October 18. The building was equipped with audio intrusion detection, as well as surveillance cameras and motion detectors, allowing Minta to know exactly what was going on both inside and outside of the building.

She could hear two males talking about the alarm being on and how they needed to hurry up before the cops arrived, and she dispatched Kent PD. She continued to hear audio of rummaging and talking about hurrying up, as well as seeing tripped motion alarms and door contacts. On the outdoor cameras, she saw two men leave the building and pile things up by the gate, then start going through parked trucks. After the dispatch, Minta stayed on the phone with the police department and updated them on the criminals’ every move. 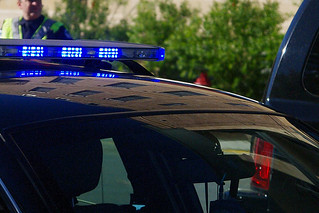 A few minutes later, she saw the men grab the stolen goods and head out across the adjacent field. Thanks to Minta’s diligence, officers knew where to expect the criminals and were able to intercept them. One wily burglar managed to escape, but officers were left with a good idea of his identity. The second suspect was arrested. Most importantly, all stolen property was recovered.

Listen to the phone call from Minta to the police!