At 12:13 last night, Verification Center operator Kris Etheridge received audio activations from smashing and banging activity at a Tacoma, Wash. elementary school.  She dispatched the school’s patrol service, who promptly caught the suspect. The man had broken the skylight in one of the classrooms, but did not make entry. 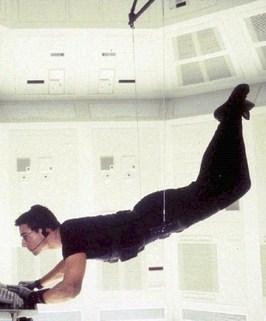 Do you think the suspect thought that he could sneakily break in through the skylight  like this guy?

Police did a search of the school using K-9 forces. The school patrol later reported that the suspect was an adult male who was”angry with the world.” He was charged with burglary, possession of a controlled substance and drug paraphernalia. The suspect reportedly had been fighting with his wife earlier in the night.

We are SO glad that the man was not able to get inside the school before getting caught. [read more about school security]